You are here: Home › The Club goes to the Lakes International Comic Art Festival.
By Cartoonists Club on November 1, 2014 in Articles, Events 0

Having missed the first Lakes International Comic Art Festival, I was keen to attend this year’s extravaganza.

On investigation, the festival website and official programme offered a bewildering large array of events and activities, with the option to book in advance…

Dez Skinn was going to chat about Doctor Who, Jeff Smith, on a rare visit to the UK, was offering insights on his Bone graphic novels, Lew Stringer was to guide us through ‘A Hundred Years of Fun’, a history of British comics, Brian Hitch was up for revealing what it takes to become a leading artist in American Comic books, whilst Gail Simone was going to tell us how to become a fan-favourite writer.

There were plenty of films on offer too, ranging from ‘The Graphic Novel Man’, an insight into the work of Brian Talbot to ‘Watch the Watchman’, with none other than Dave Gibbons talking beforehand.And there were workshops aplenty… Crafting a Story with Jade Sarson, Writing for Comics with Jorg Tittel, Character Design Clinic with Emma Vieceli, Working from a script with Gary Erskine and even Make Your Own Felt Creature with Felt Mistress!

How could they possibly squeeze that lot into one weekend? (Not to mention all the rest of the stuff I’ve neglected to list.) Anyway, although not the easiest of places to get to by train, once there Kendal proved a great location for an event of this kind.

There’s a real sense that the festival takes over the whole town, in a very positive way, with locals and their children happy to mingle with seasoned comic book fans. (Super-hero costumes being optional for both groups.) Amidst this relaxed atmosphere, there was the added bonus that all the events were in strolling distance of each other.

I had decided to basically just turn up and hope for the best regarding the availability of tickets with the exception of ‘Watch the Watchmen with Dave Gibbons’ on the first night. During this screening, Dave offered some interesting insights into a movie I’d previously seen, (twice!) such as the fact he got to ride in the Owl Ship on set! 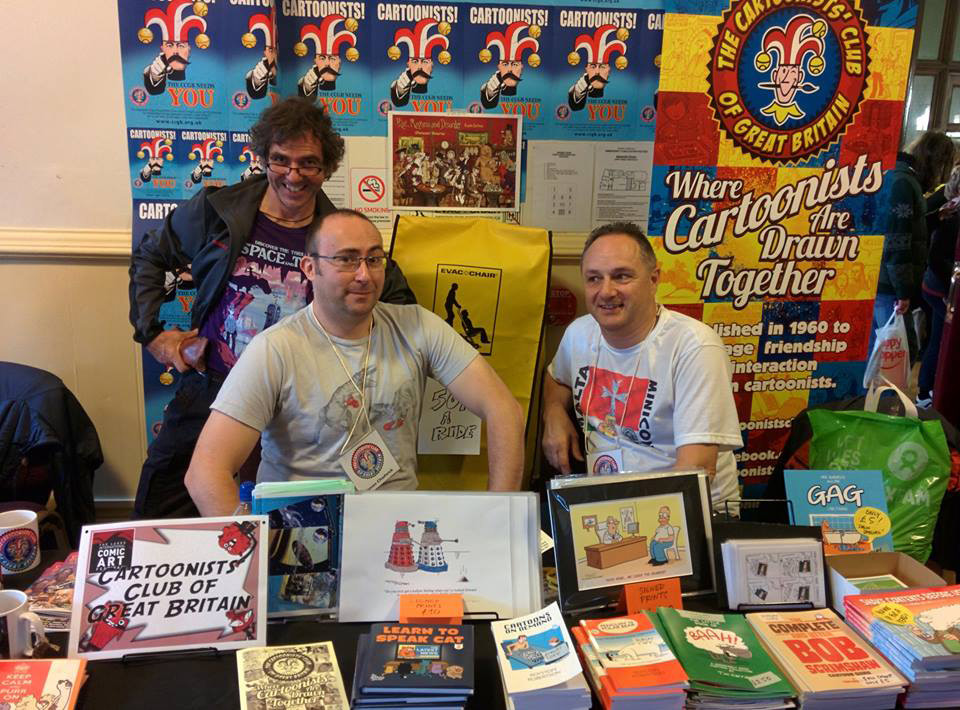 On the second day I visited The Comics Clock Tower, which was centrally located and a good place to get your bearings. Inside, various publishers, both small and large had their wares on display. Back issues were available as well as completely new material from small independent publishers, offering hope that comics in the UK may actually be on the march again. The Cartoonists’ Club of Great Britain also had a stand in the tower with various books and cards on sale from its members. The recruitment drive was in full swing and many passers-by showed an interest in joining the esteemed club. (Go on, you know you want to!)

However, the real hub in terms of events was The Brewery Arts Centre. A hive of activity over the weekend, hosting the majority of the events I’d spied in the programme and on the website. 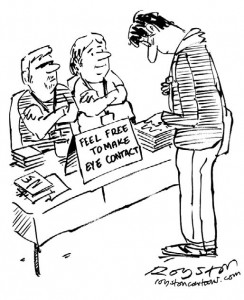 The décor inside was transformed for the event and Doug Braithwaite’s exhibition ‘The Universe Within’ graced the walls upstairs to great effect. Mercifully, at both locations, plenty of staff were on hand to offer assistance to non-local comic fans with little or no sense of direction.

And as well as catering for long-term comic book fans at the festival there was a lot for newbies and locals to get their non-super mitts into.

There was a Comics Family Zone based in Kendal Library, Westmorland Shopping Centre and the Shakespeare Centre off Highgate, with workshops, free activities, face painting, screen-printing and competitions.

People were encouraged to make their own comics, create characters, and get a professional comic artist to draw a picture on any subject. The family zone line-up included artists from The Phoenix – a weekly children’s comic. (Yes, they do still exist.) In fact, Phoenix Comic artists Adam Murphy, Gary Northfield, Neill Cameron and Laura Anderson, were on hand, guiding youngsters through the world of comics with their fab workshops.

Also in attendance was the Beano artist Kev Sutherland. He was giving a drawing masterclass. This event being suitable for seven to twelve year olds. 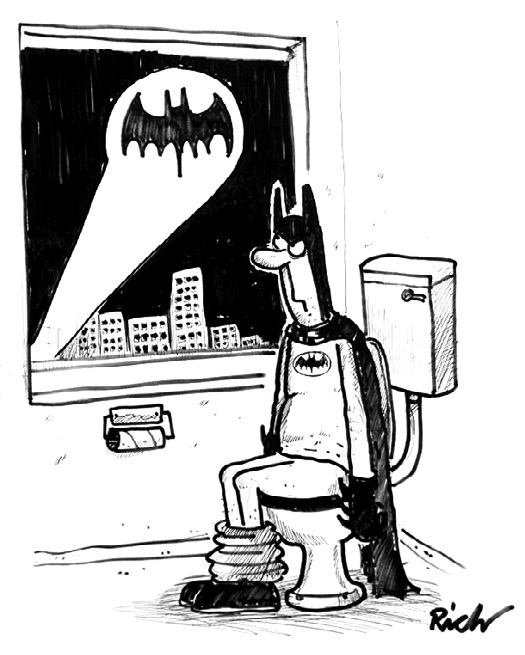 With tickets at £3 and the Family Zone also having several free events taking place, it was good to see a youngsters flocking in and doodling away to their hearts content.

For more mature locals, there was also The Windows on Art Trail, which came with support from the Kendal BID (Business Improvement District) team. They formed a trail to follow through the town. Which was a great way for Kendal businesses to get involved.

The Highlight was probably a 24-hour comic marathon, with seven experts drawing non-stop. This featured an appearance by Watchmen artist Dave Gibbons on the opening night, and a presentation by Dez Skinn, creator of Doctor Who Weekly.

I should also mention Viz Unmasked at the Elephant Emporium. It was great to get an insight into the way that particular comic is made, complete with working dummies operated by strategically placed string.

Oh, and The Batcave proved a good watering hole for both comic fans and locals alike at the end of the evening. The Joker and Scarecrow worked the bar with great zeal, but without once gassing the guests.

Sadly, all good things must come to an end. But I’m sure a good time was had by one and all.

In fact The Lakes International Comic Art Festival organiser, Julie Tait, said: “It was an overwhelming success and was a development from the first year. It has come on leaps and bounds and in no short measure due to enthusiasm of the local businesses, schools, colleges and community groups.”

So there you go.

Anyway, I’m sure there’s all sort of things I have neglected to mention and numerous events I failed to get to, but the beauty is that the third Lakes International Comic Art Festival with be on again next year.