You are here: Home › How Do You Do That Then? – Christmas Cover
By Cartoonists Club on December 19, 2014 in Articles, How’s that Work Then?, The Jester 1 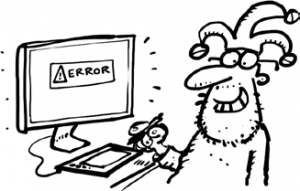 This article first appeared in The Jester issue 472.

This issue, I’m going to attempt to show the essential steps I went through to complete a cover illustration for The Chistmas Jester in 2013. The theme was “Saints and Sinners” and Ian had asked that I do a cover featuring my Monks characters. Here’s how the whole thing went (I’ve simplified it a bit to fit everything in and to avoid boring you all to tears…) 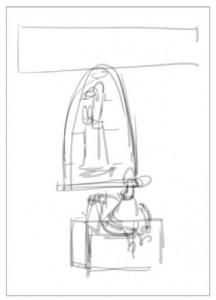 1. I had a basic idea fairly quickly. Here’s my first sketch In Photoshop 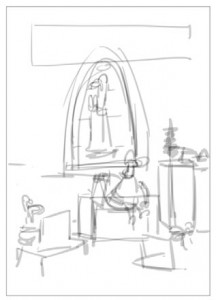 2. I thought it needed a bit more going on, so I scribbled in some more. 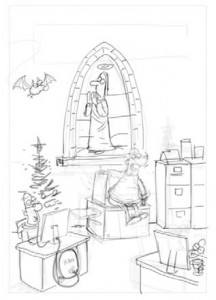 3. Those loose scribbles were enough to tighten the detail on another layer. 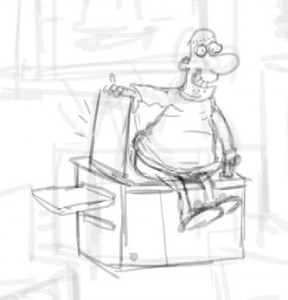 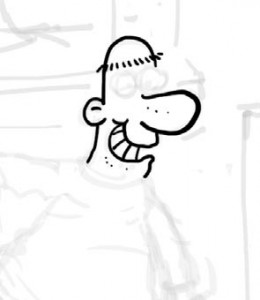 4. Opacity of the sketch layer is dropped to about 20% and inking is done on a layer above 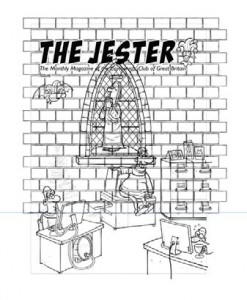 5. Some backround detail is manufactured in Illustrator, like the background wall blocks. This pattern is”expanded” so the lines become filled areas, and then a “Roughen” effect is applied. The result is copied and pasted back into Photoshop 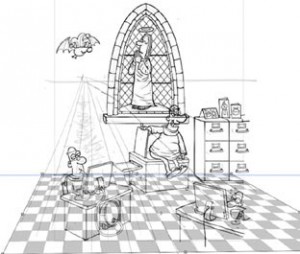 6. Here the floor tile pattern is created in Illustrator, roughened, and copied & pasted into PS. The opacity of the pattern is lowered so I can see what’sgoing on,and then the Free Transform tools are used to bend the pattern to fit the perspective of the scene.
7. When the inks are done, a separate layer is created above it and the main areas are filled with a flat colour. 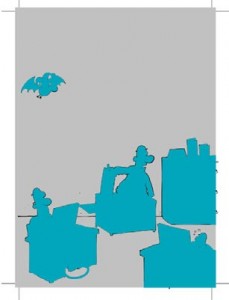 8. This layer then has its transparency locked, and is dropped below the inks layer. It is then filled with white. This layer will then receive the majority of the full colour work for the illustration.

Having a distinct pre-prepared layer to accept the colour allows the colouring to proceed very quickly. You can use rapid strokes without fear of “going over the edges”. 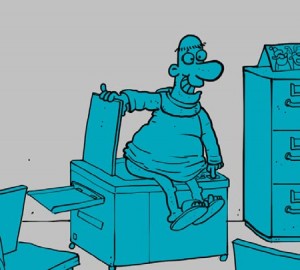 9. To maintain a consistent palette with my Monks cards I’ll often use a previous design and select key colours from it using the eye-dropper. 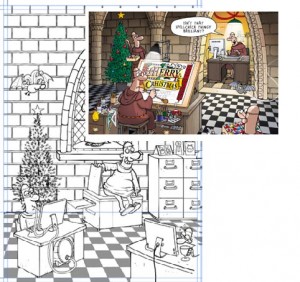 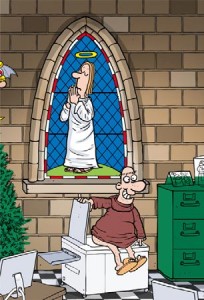 10. For the photocopier light effect, I created a new layer and filled a trapezoid shape with white. This was then given a Gaussian Blur of a few pixels and dropped behind the character… 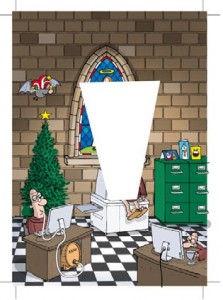 11. …A layer mask was applied to this layer, and black was airbrushed onto it which had the effect of reducing the opacity where the black was applied. On another layer, on top of the character, I carefully airbrushed some white to give the impression the light was leaking around the Monk’s bum. 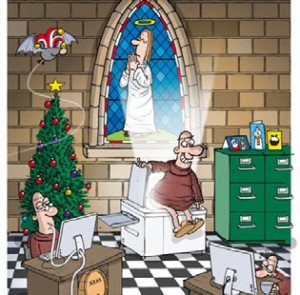 Working on layers is the key to the whole process, though I probably over do it. For this illustration I wound up with 35. 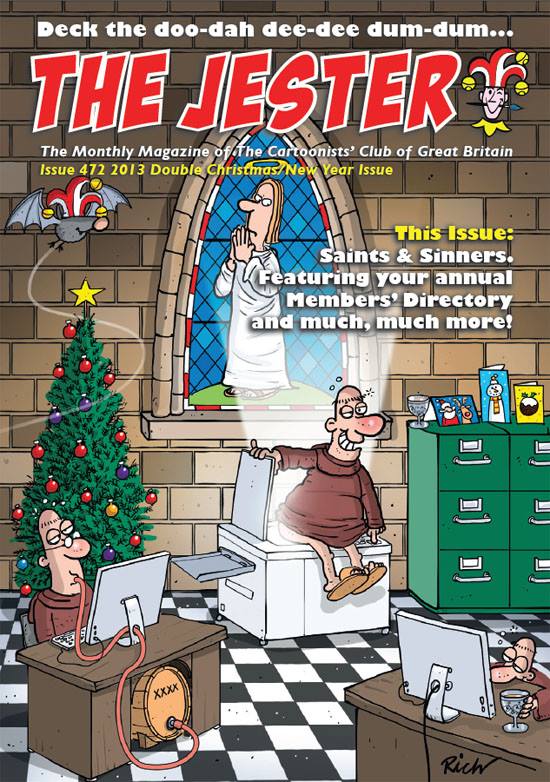 How’s that Work Then?, Rich Skipworth, The Jester, tutorial

Mirabilis: Year Of Wonders – Winter (Volume 1)
Swamp: On The Road Again & Swamp: Top Of The Heap

One Response to How Do You Do That Then? – Christmas Cover