You are here: Home › The Jester Potted Interview: Noel Ford
By Cartoonists Club on October 7, 2014 in Articles, The Jester 0

In this series we send members twelve interview questions and they choose a minimum of six to answer.  This interview first appeared in The Jester issue 439 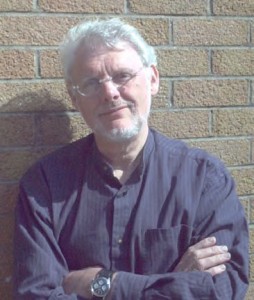 How did you first get into cartooning?

I started out doing a weekly editorial cartoon for the local paper, The Nuneaton Evening Tribune, in the mid sixties, at a pound per cartoon.

What was your first commission?

First I can remember is the most significant. In 1974, working part-time, I sold a speculative cartoon, through my agents at the time, Space Syndications, to the Daily Mail for its Money Mail section. I had never sold anything to the Mail before this but Charles Moore, who was in the process of producing the 1976 Guinness Calendar saw it and invited me to submit some samples, despite the fact that he had pretty much already decided who he was going to commission for the calendar. This pure chance moment resulted in my being offered the commission for the calendar, twelve full colour cartoons at £150 each. On the basis of this commission, in February, 1975, I quit my day job and became a full-time cartoonist. It’s beginning to look like it was a good decision.

How long have you been a member of the Cartoonists’ Club?

I think it must have been around 1972 that I joined the club. Another good decision as it played a huge role in my early development through the opportunity it offered of meeting other cartoonists.

What’s the stupidest question/request you have ever been asked?

(From a corporate client) “Could you include Hitler shooting himself, on our Christmas card?”

Did you ever go to College or University?

Birmingham College of Arts and Crafts, but I left before the end of my foundation year.

Do you belong to any other Clubs or Societies (Cartooning or otherwise)?

Professional Cartoonists’ Organisation, British Cartoonists’ Association, Federation
of Small Businesses, Fellow of the RSA, Making Music (a charitable musicians’
organisation). I’m not sure whether I’m still a member of The Cartoon Arts trust. I did receive a membership card from them which said: LIFE MEMBERSHIP Expires February 2004!

What is the most rewarding job you ever did?

I had my first Punch cover published, just in time for my Dad (from whom I inherited my humour and creative skills) to see before he died.

Have you ever had a client from hell? Tell us more!

I was commissioned to produce some large cartoons for a newspaper ad campaign
by a very big Japanese corporate client. I asked if the characters in the cartoons
should be Japanese or westerners and they said the didn’t have to be Japanese. We went through the roughs stage and I produced the first piece of finished art. The client then cancelled the job because the characters didn’t look Japanese. There was a happy ending,
though. I was paid a cancellation fee of over five thoundand pounds.

What are you working on at the moment?

Illustrations for a book about how to price work for clients. I asked the author if I could read the book before I gave him a price, but he wouldn’t let me.

Do you work with Pen and Ink or are you purely Digital?

I have worked entirely digitally since 1998, starting with a Wacom Serial interfaced A4 tablet and Painter 2.

Where do you get your ideas from?

If I told you that I’d have to kill you.

What is your favourite movie?

I love films but this is impossible question given my eclectic taste. My own collection
includes Alien, Inn of the Sixth Happiness, Amelie, True Lies, A Chorus Line…….

What book are you reading at the moment?

What do you see yourself doing five years from now?

Cartooning, playing guitar and, hopefully, getting back to writing.

Thanks for your time Noel.
Now get back to work!