You are here: Home › GOOD GRIEF, YOU’RE AT SOMERSET HOUSE CHARLIE BROWN!
By Cartoonists Club on October 24, 2018 in Cartooning News 0 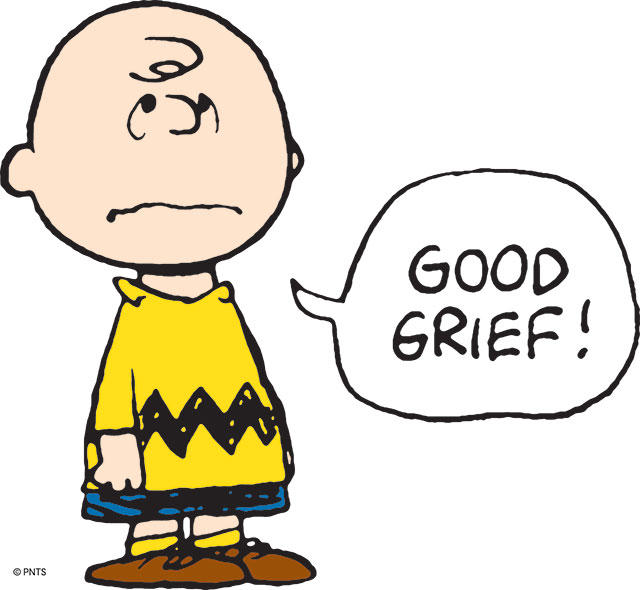 Snoopy, Charlie Brown and co. have arrived at London’s Somerset House this autumn for an exhibition exploring the world’s most influential comic strip, Peanuts. It is the first significant show on the comic strip, created by American artist Charles M. Schulz, in the UK and Somerset House presents an unparalleled insight into the life and legacy of both Schulz and his beloved creations, with some objects never seen on show before.

GOOD GRIEF, CHARLIE BROWN! Celebrating Snoopy and The Enduring Power of Peanuts investigates the impact of Peanuts on the cultural landscape globally, from 1950 to the present, and  reveals its relevance for readers today.

The premise of Peanuts is ‘big thoughts in little heads’ and the exhibition uncovers the comic strip’s recurring themes of anxiety, failure, love and loss and its commentary on issues such as feminism, racism and war, which resonate as much in 2018 as when they were first printed and have spoken to scores of contemporary creatives in their own work. 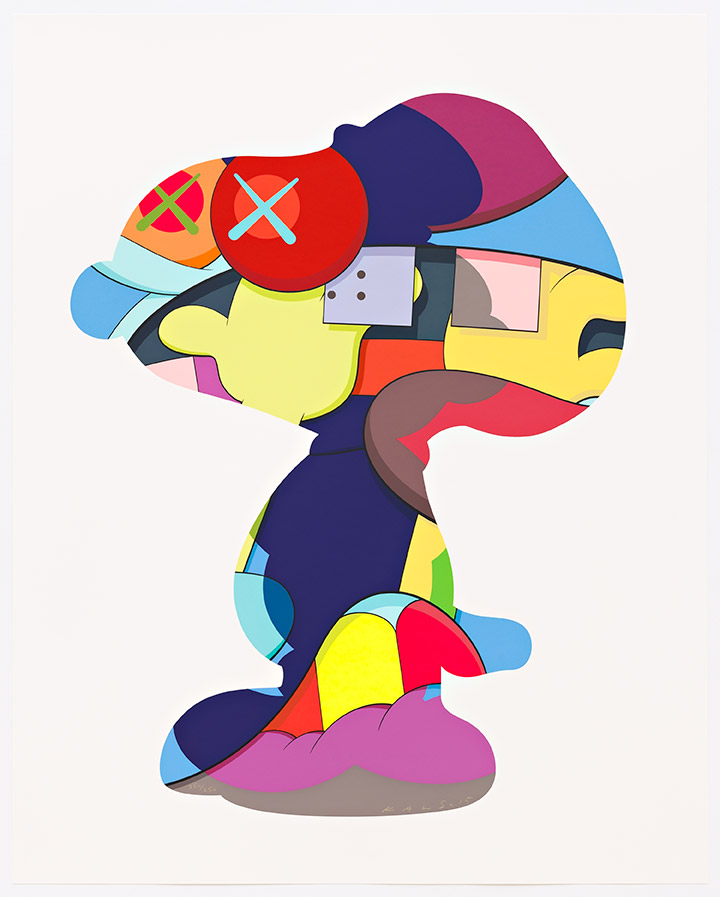 GOOD GRIEF, CHARLIE BROWN! Celebrating Snoopy and The Enduring Power of Peanuts marks the 70th anniversary of Charles M. Schulz’s iconic character Charlie Brown (who first appeared in one of Schulz’s earlier strips). Peanuts ran daily from 1950 until 2000, with the prolific artist producing 17,897 strips in total. At its height, it was syndicated to over 2,600 newspapers in 75 countries and translated into 21 languages, reaching a readership of 355 million people worldwide.

Schulz’s comic strips are showcased in their original state and size (the biggest ore around A1) they were subsequently shrunk for printing and publication), enabling audiences to admire his artwork up close and in detail, with every inky thumbprint and correction marks also laid bare. Objects belonging to Schulz ore on display, as well as original vintage products, publications and correspondence with such figures as Billie Jean King and Hillary Rodham (Clinton) exposing fascinating stories from some of the most momentous times in modern history and proving the power of Peanuts within popular culture. 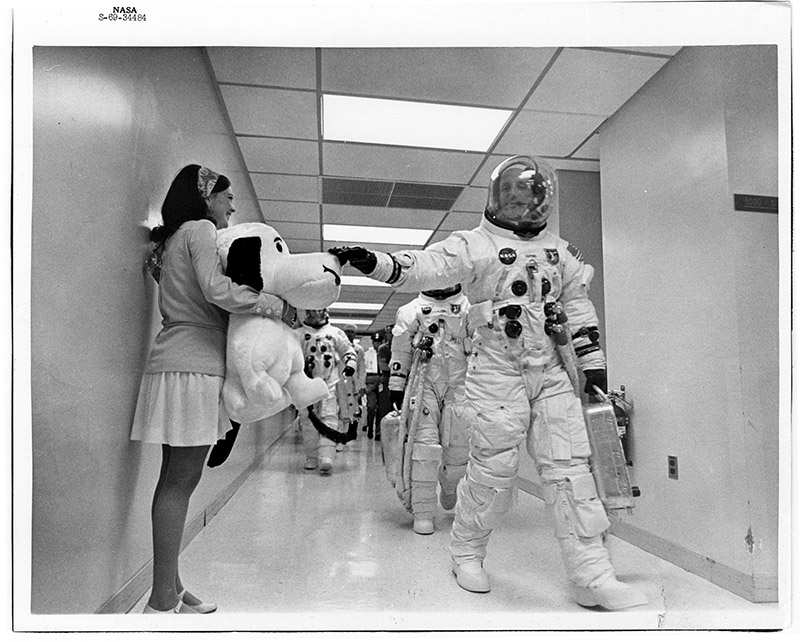 Testament to this in the exhibition is the very personal and articulate appreciation of Peanuts from contemporary artists and designers, who grew up with the comic strip and incorporated it into their work later in life. From film and fashion to street art and sculpture, all the contributors had previously involved Peanuts in their creative practice, responding to the comic strip’s social, political and philosophical complexities, though half of the artists hove produced new pieces especially for the Somerset House exhibition. 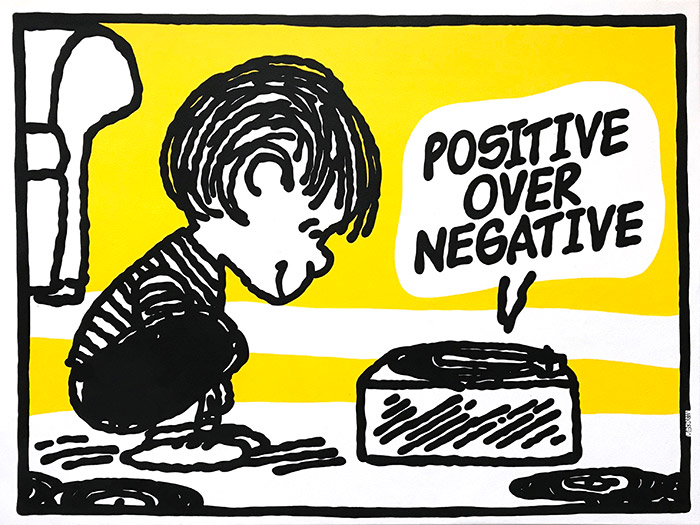 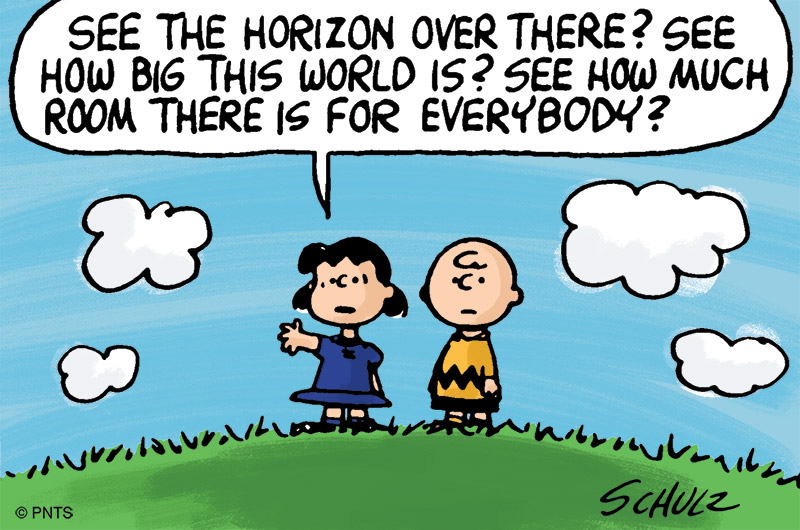 Alongside the exhibition, Somerset House presents a rich programme of spin-off events, taking place at lunchtimes, evenings and weekends. Charles M. Schulz’s widow and founder of the Charles M. Schulz Museum and Research Center, Jean Schulz, will start the series by sitting in conversation with contributing artist and lifelong Peanuts fan Andy Holden on the opening day of the exhibition (25 October). A special Exhibition Late on Valentine’s Day (14 February) will close proceedings, with a look at unrequited love, the love that was typically portrayed in Peanuts. Tickets for talks, tours and Exhibition Late events are available, along with the exhibition tickets, through Somerset House’s website. 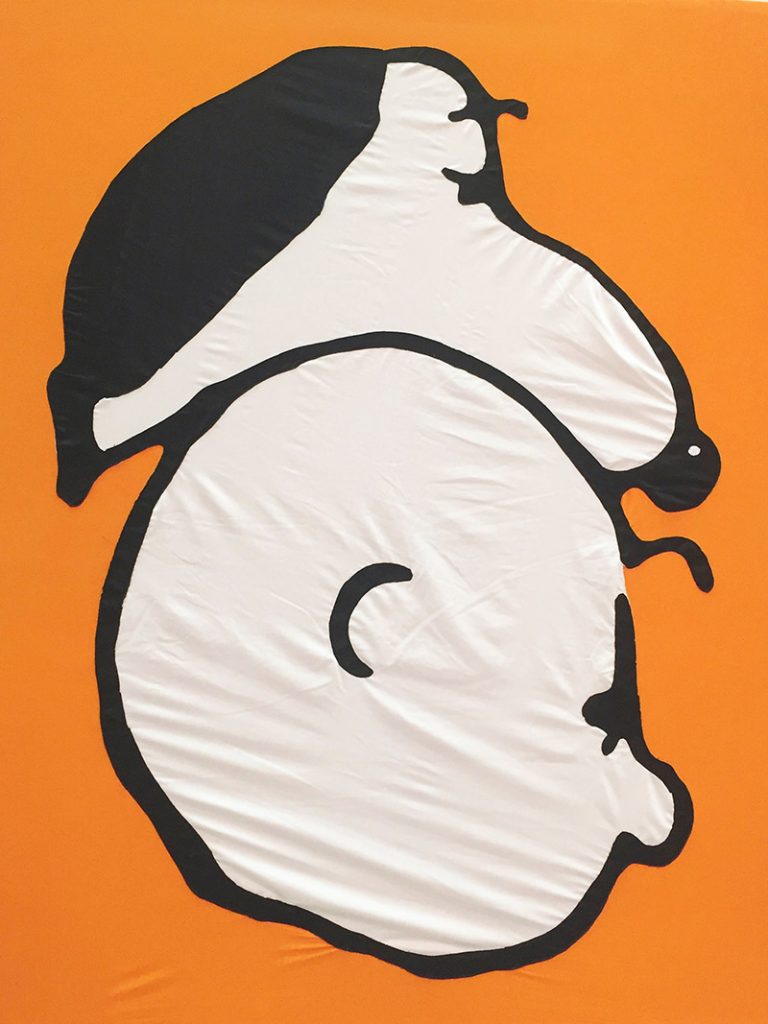 The special exhibition shop includes limited-edition prints of Charles M. Schulz’s original strips, signed by Jeon Schulz, and limited-edition lithographs, designed and drawn by the internationally acclaimed artist Christo, of his Wrapped Snoopy House (an admirer of the extraordinary environmental artworks by Christo and Jeanne-Claude, Schulz paid tribute to the artists in a 1978 strip). Somerset House has also collaborated with Tatty Devine to create a custom jewellery collection of playful Peanuts pieces, handmade in Tatty Devine’s distinctive style. A range of original and inspired gifts for all ages, from clothing (including a large range of T-shirts and sweaters by TSPTR), accessories, collectables and Christmas decorations to homewares, games, books and stationery, are also available.

An exhibition catalogue, beautifully illustrated and featuring all the fascinating stories from the show, accompanies at £20.

GOOD GRIEF, CHARLIE BROWN! Celebrating Snoopy and The Enduring Power of Peanuts is curated by Somerset House’s Senior Curator Claire Catterall, with the support of the Charles M. Schulz Museum and Research Center.