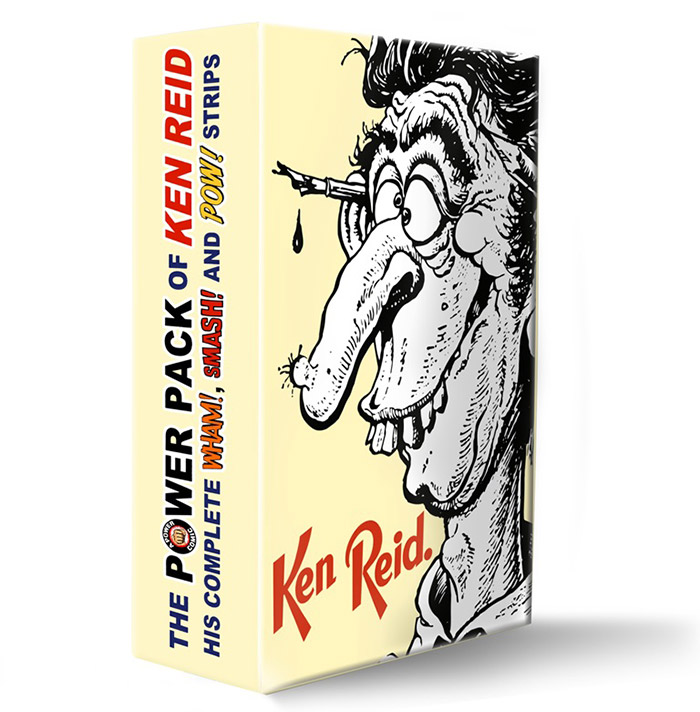 Ken Reid is rightly regarded as one of the greatest and most inventive British comic artists ever! His work spanned from the 1930s until his untimely passing in 1987. Along the way he co created classic characters such as Roger the Dodger, Jonah and Faceache in many publications from The Beano and Dandy to Buster and Whoppee!  However the strips that Reid contributed to WHAM!, SMASH! and POW! comics in the ’60s are considered by many to be the peak of his career.

Now thanks to Irmantas Povilaika, a cartoonist and huge British comic fan living in Lithuania, Frankie Stein, Jasper the Grasper, Queen of the Seas, Dare-A-Day Davy and The Nervs will be now collected together for the first time, under license from Time Inc. (UK) Ltd as THE POWER PACK OF KEN REID. 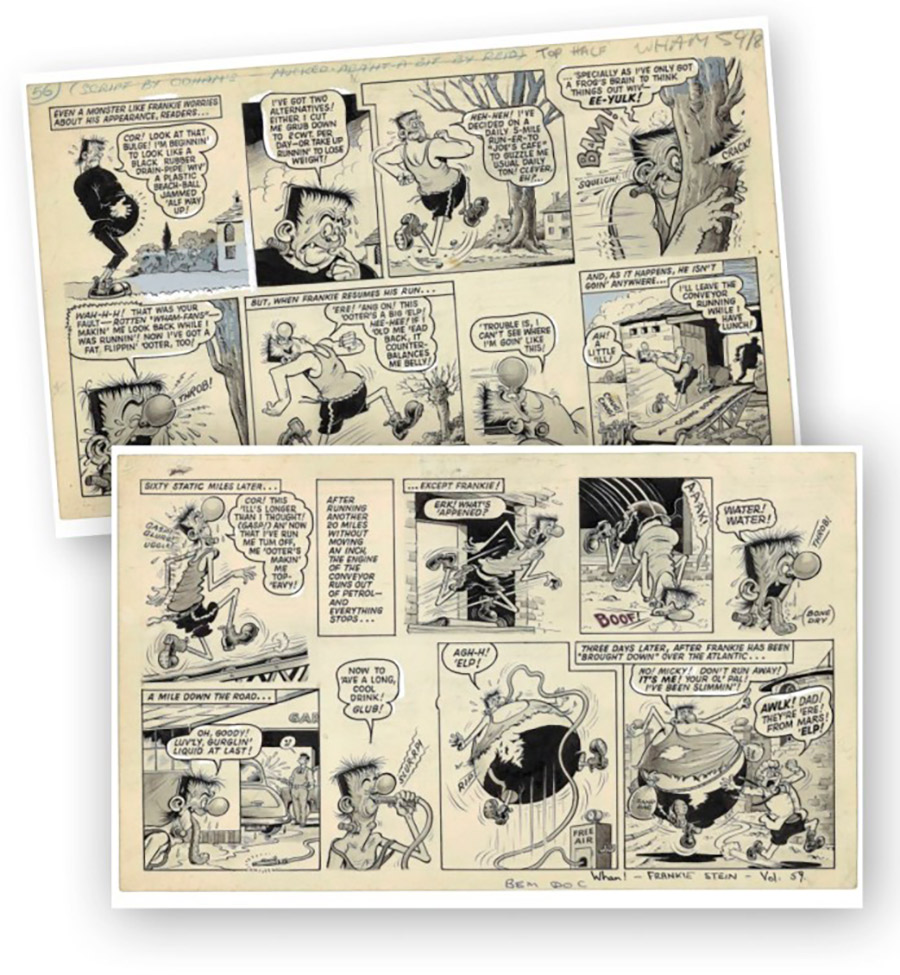 Irmantas is currently running a crowdfunding campaign on IndieGoGo platform to raise funds to print the complete official collection of the work of the British comics legend Ken Reid in Wham!, Smash! and Pow! comics published by Odhams Press Ltd. in the ‘60s .

The collection consists of two hard-cover volumes with introductions by Steve Holland, Nigel Parkinson and Ken’s son Antony J. Reid. They also include a detailed illustrated biography of the artist covering the years 1964 – 1969 when he worked for Odhams. It includes some unseen illustrations and sketches by Ken. Supporters of the campaign have the privilege of pre-ordering the slipcase edition; they also receive free prints of original artwork. 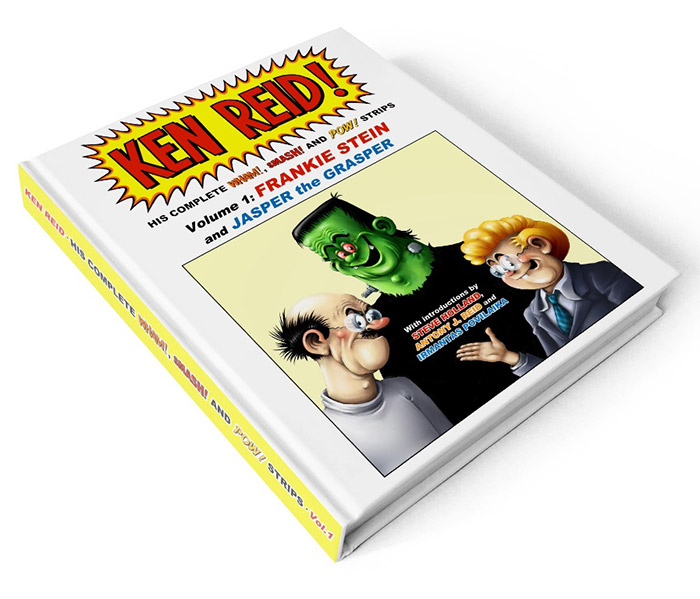 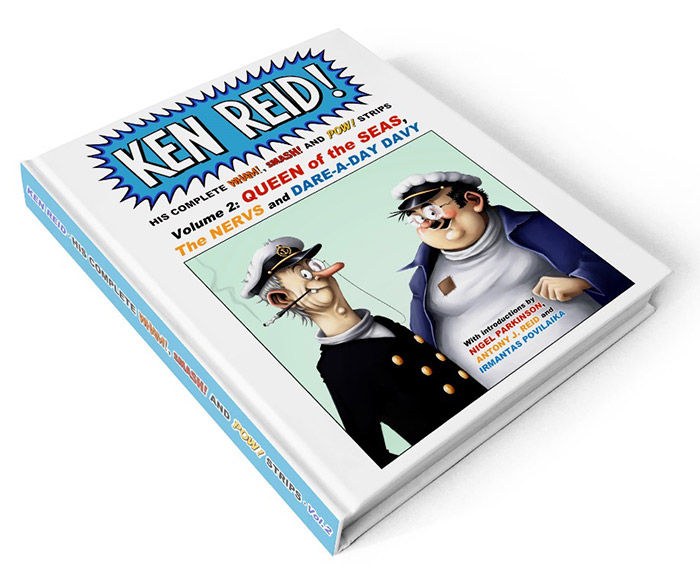 The campaign is already 110 per cent backed with just over a week to go and was already guaranteed to be published. It has been covered on comics news sites, including Downthetubes, Bear Alley and Lew Stringer’s Blimey!

Interestingly Ken was a early member of the CCGB and the Club features in Volume 1 of the Power Pack. 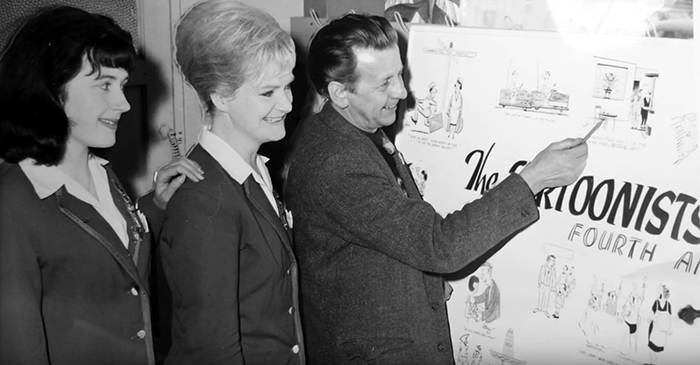 Ken posted off two new Frankie Stein episodes in quick succession on the 16th and 19th of May (1966), then two episodes of Queen of the Seas on the 22nd and 29th of May, followed by two more Frankies on the 1st and 3rd of June. Having worked long hours to get sufficiently ahead of schedule, he then set out for Minehead to spend ten days away from his drawing board attending the annual Cartoonists’ Club Convention.

Dont miss out on some of the best artwork ever produced in British Comics.
https://www.indiegogo.com/projects/the-power-pack-of-ken-reid-books/x/18513990#/

Spirou & Fantasio Vol 13: Z Is For Zorglub
Playing for a Draw – the wonderful world of football comic art