Chris Beetles Gallery is delighted to present On the Edge: The Cartoon World of Ed McLachlan, a selling exhibition of over 200 cartoons by one of Britain’s finest cartoonists. 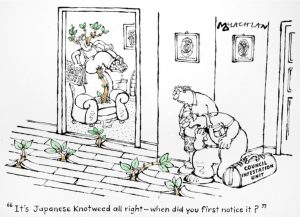 A master of the unexpected, McLachlan provokes laughter by introducing extreme or shocking events into familiar settings and scenarios, and by combining the unlikeliest of elements. His characters are often unaware that violence, even death, awaits them around the next corner in the blackest of comedy situations. So striking, so clear are his drawings that their humour can be conveyed through the image alone, or with the most concise of captions. And so inventive are his ideas that he never fails to entertain, as is evidenced by the contents of this major retrospective spanning 20 years of achievement.

On the Edge: The Cartoon World of Ed McLachlan 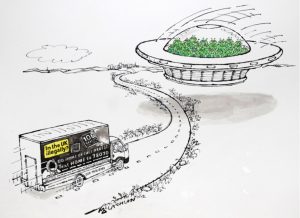