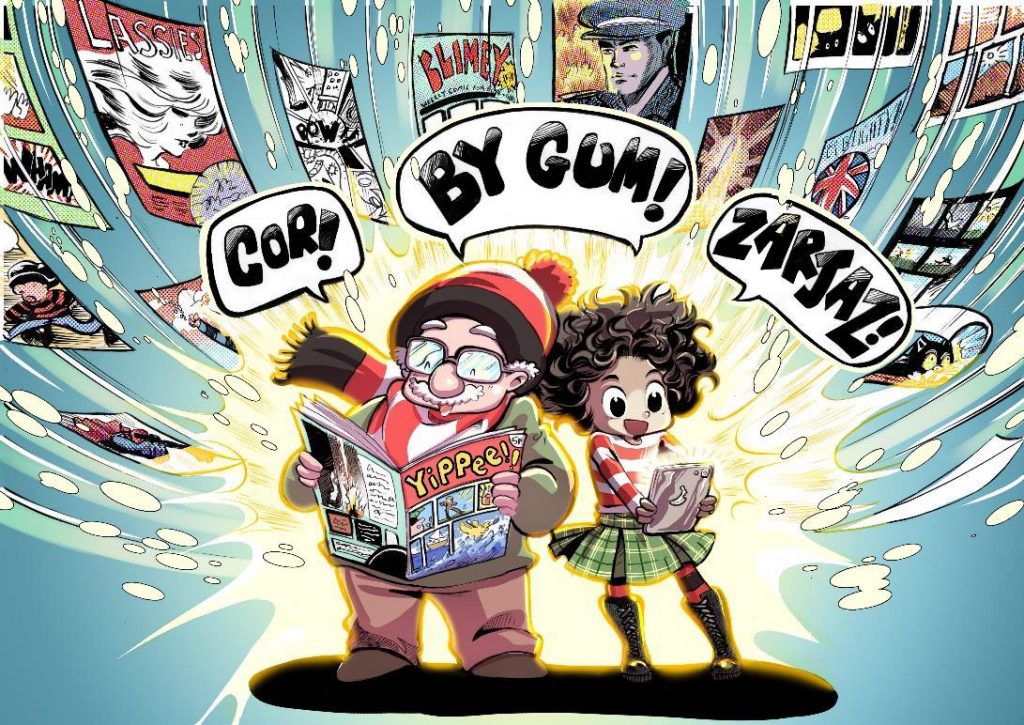 Asia Alfasi and Hamish MacGillivray, The Story of British Comics So Far
© The Artist and The Lightbox

A unique new retrospective at The Lightbox gallery and museum takes visitors on an interactive journey through the past, present and future of sequential art. ‘The Story of British Comics So Far: Cor! By Gum! Zarjaz!’ (6 August 2016 – 31 December 2016) will reveals how and why visual communication endures as a hugely popular medium for people of all ages. Zara and her grandfather Alan, manga influenced comic characters especially created for this exhibition by up-and-coming female designer Asia Alfasi, lead visitors through three immersive zones which explore the history of British comics to date. 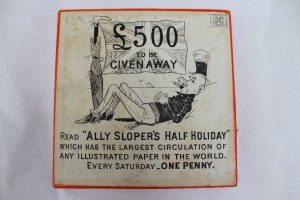 As visitors enter the gallery they are drawn into a ‘library’ of precious artefacts that give context to the meaning of sequential art. The oldest item is be a 3,000 year old ancient Egyptian stone lent by the Petrie Museum of Egyptian Archaeology. Through hieroglyphics this stone tells the story of a man from the Family Stela of Bakenmin travelling back in time and reflecting on the different stages of his life. Alongside the stone on loan from Brighton Libraries a beautifully carved woodblock print from 1850 by Japanese artist Utagawa Kuniyoshi which chronicles the lives of brave Samurai warriors from yesteryear. This is displayed with contemporary examples of comic ‘heroes’ so visitors can compare and contrast the old with the new. Opposite this are four engraved prints of William Hogarth’s ‘The Humours of an Election’ series (1755), on loan from The Victoria and Albert Museum. These highly detailed satirical engraved prints on paper tell the story of the election of an Oxfordshire member of parliament in 1754 and were designed to humorously expose the corruption endemic within politics at that time. The final star piece of ‘Cor!’ is a stunning Grayson Perry ceramic vase entitled ‘The Village of Penians’ (2001). Featured as part of his Turner prize winning exhibition at Tate Britain in 2003, it depicts a tongue-in-cheek representation of a parochial village who worship the body rather than religion. 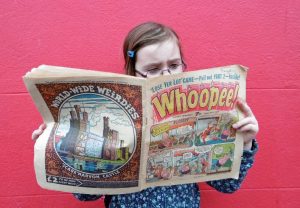 In ‘By Gum!’ visitors of all ages are able to revel in nostalgia with displays of very early and classic comics which evoke memories of childhood. Hidden within a carnivalesque tent is an open volume of the very first British comic strip the ‘Glasgow Looking Glass’ (1825), a caricature magazine created and illustrated by William Heath that satirised the political and social life of those living in Scotland in the 1820s. Alongside there is a newsagents stocking rare comic book annuals ‘Felix the Cat’, ‘June’ and ‘Girl’ from Worthing Museum and Art Gallery next to vintage editions of ‘The Beano’, ‘The Eagle’ and original artwork of ‘Dan Dare’ by Frank Hampson.

The final element of ‘By Gum!’ is a family-friendly DIY comic making area where people of all ages can create their own piece of sequential art using the materials provided. Families can build their own Egyptian stone or Hogarth jigsaw puzzle or create their own story by adding speech bubbles to copies of the prints. To keep little ones entertained, there is a pond filled with comic covers where they can ‘go fish’ for their favourite. Visitors exit to the final zone through a time-travelling tunnel showcasing the comics of the 70s and 80s including 2000AD and Action which will transport them back to the present day. 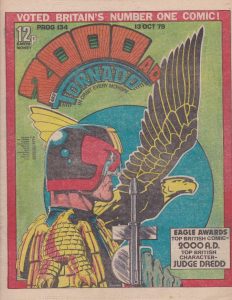 The third exhibition zone ‘Zarjaz!’ considers to what extent societal tastes and changes have affected the content of sequential art. Rare insights by writer Ken Armstrong from the 1970s blood-thirsty shark comic character ‘Hook Jaw’ from Action contrast with a back-catalogue of rare 2000AD editions, the British science-fiction comic that has been in production since the late 1970s, famous for being the training ground for many British artists and writers such as Alan Moore, John Wagner and Pat Mills, who in turn influenced Hollywood, American comics industry and video games. The exhibition has an original Judge Dredd helmet from the movie ‘Dredd’ from 2012 which is juxtaposed next to an antique Japanese Samurai helmet c.1800s lent from Horsham Museum which will again highlight the influence of the past on the present.

Visitors can view two contrasting artists’ studios, one recreated in the style of the 1930s which show original works by Brian White, who wrote the 1930s Daily Mail strip ‘Little Nipper’, which have never been shown in public before. Next to this a contemporary artists’ studio demonstrate how techniques and processes have changed over time. Things are brought right up to date with a bank of interactive digital desks and for the more traditional there is a comfortable lounge area with a lending library of comics and graphic novels to peruse courtesy of Surrey Libraries. The story of British comics so far will come to a close with a wall of giant graffiti interpretations of exhibition guides Alan and Zara.

‘The Story of British Comics So Far: Cor! By Gum! Zarjaz!’ will be on at the Main Gallery at The Lightbox gallery and museum until 31 December 2016.

The Marquis Of Anaon Vol 1: The Isle Of Brac
Highbone Theater