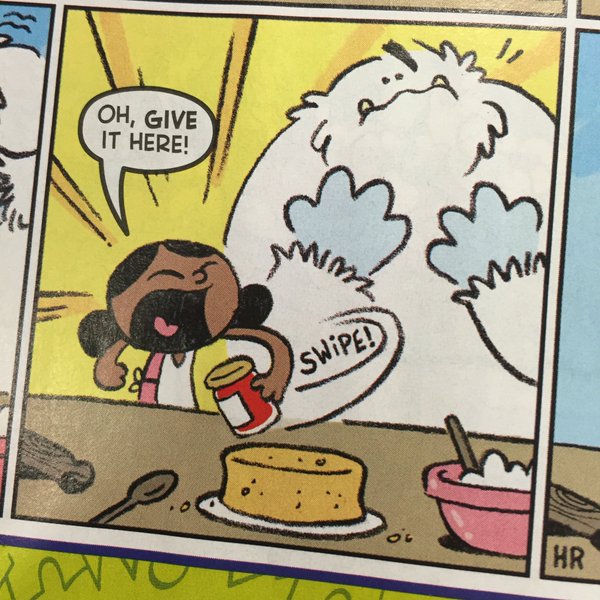 “I’m chuffed as chips to be taking the writing and drawing reins of The Beano‘s Betty & The Yeti in a new half-page comic strip!

The strip features the adventures of Betty, an ordinary girl with an extraordinary friend! It’s a classic comedy duo set up, which is one of my favourite things to write because you can really get the characters to bounce off one another. The strip sees Betty trying to get her seven-foot friend to fit in with everyday life, but he probably just wants to be left alone to do whatever it is that a Yeti wants to do.

The strip first appeared in 1993, drawn by Robert Nixon, and was revived in 2015 when it was drawn by Steve Beckett. I’ve dusted off my cute illustration style which I employed on my strip, Jenny’s Weird Friend, but decided to use a relatively loose pencil technique as opposed to inking it. I’ve also redesigned the characters to suit my style.

I’m having lots of fun with it, but what satisfies me the most is that I don’t have to have any of the tedious conversations I’m used to about the difference between super-hero comics and the independent ones I make, while their eyes slowly glaze over. Mention “The Beano” and everyone just gets it!

Betty & The Yeti is currently set to run for twelve weeks. CHORTLE!”

On the Right lines
Namibia Episode 1