You are here: Home › A taste of Honeysett
By Cartoonists Club on January 20, 2016 in Cartooning News 0 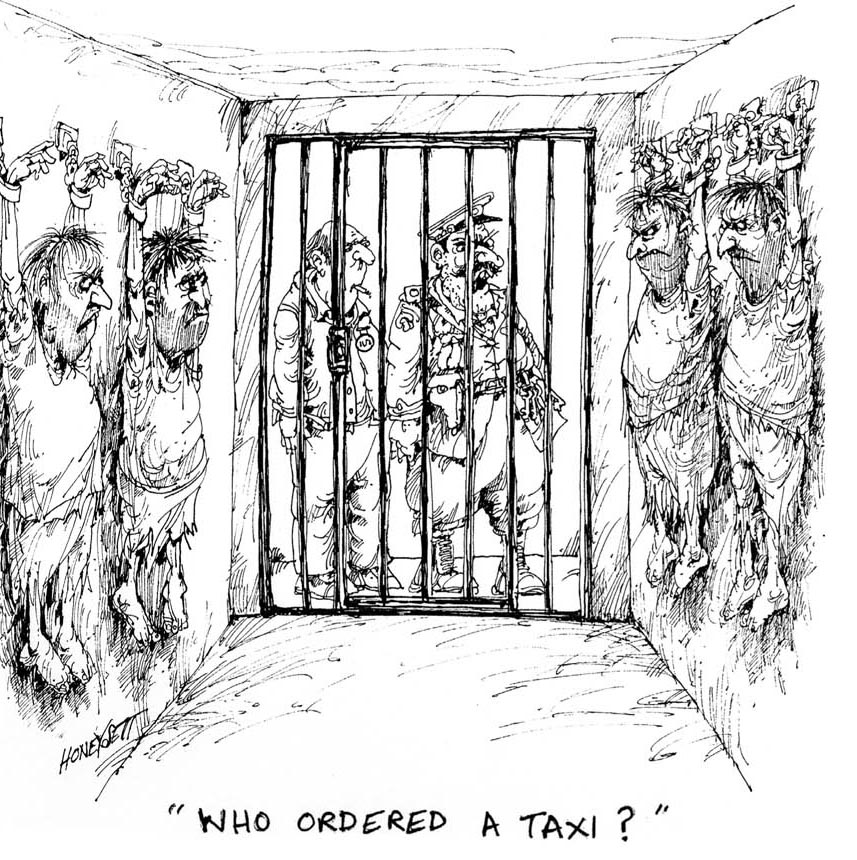 © The Estate of Martin Honeysett

Martin Honeysett (1943‒2015) was one of the great joke cartoonists of the last forty years. On the first anniversary of his death an exhibition of this much missed cartoonists work has opened at The Cartoon Museum. 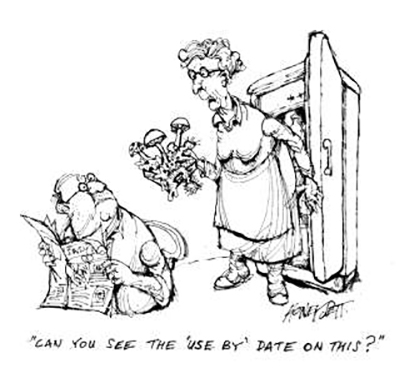 Regarded by many as ‘the cartoonists’ cartoonist’, his cartoons ‒ filled with ‘baggy dishevelled people’, in the words of fellow cartoonist Bill Stott ‒ were sometimes dark and grotesque, occasionally bizarre, and invariably funny. When asked by someone why he drew people the way he did he replied, ‘But that’s how people really look, isn’t it?’  This exhibition opens on the first anniversary of Honeysett’s death. It includes over 140 cartoons and illustrations from all stages of his career, including his work for Private Eye, Punch, The Oldie and The Spectator, illustrations for books by Ivor Cutler, Sue Townsend and Terry Jones and Michael Palin, as well as drawings from his time in Japan.

Martin Honeysett was born in Hereford in 1943 and grew up in Croydon. He studied briefly at Croydon School of Art, where he was taught by the cartoonist, and later deputy art editor of Punch, Geoffrey Dickinson. He began his career in art at the London Animation Studio, but soon left to travel, first to New Zealand and later to Canada, where he tried his hands at various jobs including lumberjacking. He returned to Britain in 1968 in the hope that he could ‘really get down to the work of learning to be an artist’. His first published cartoon appeared in the Sunday Mirror on 4 May 1969, and further cartoons were taken by the Daily Mirror, Evening Standard and other publications. 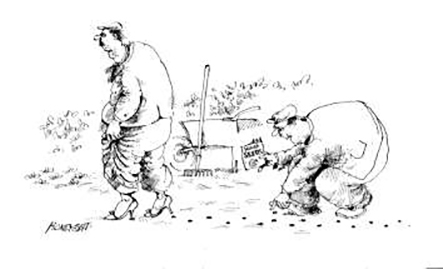 After a year of rejections, his cartoons began to appear in Punch in 1970, and in 1972 he became a full-time cartoonist. Honeysett had a long association with Private Eye, where his seedy cast of characters – ‘down at heel and down in the mouth’, in Dave Brown’s apt description – were given free rein. Though much of his work was in pen and ink, he also produced a significant body of work in colour, particularly cartoons, illustrations and covers for The Oldie. His cartoons could also be found in the pages of The Spectator and the New Statesman. 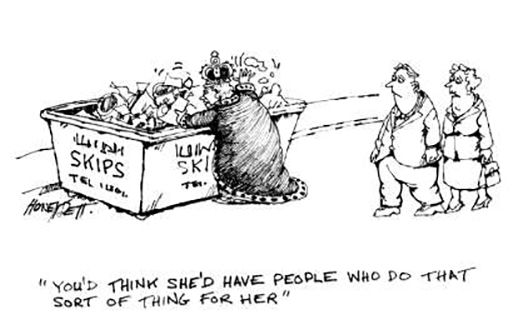 The Oldie, 2008
© The Estate of Martin Honeysett

‘He was not just a cartoonist, he was a brilliant artist … His masterly cartoons featured grotesque, squalidly dressed men and women often living in the company of rats.’
Richard Ingrams
Editor, Private Eye (1963‒1986) and The Oldie (1992‒2014)

He was also in demand as an illustrator, producing work for The Observer, the Sunday Telegraph, Radio Times and Reader’s Digest. From 1984, he produced a series of evocative pencil illustrations which perfectly complemented stories by the Scottish humorist Ivor Cutler in books such as Life in a Scotch Sitting Room Vol. 2 (1984). He also provided cover designs and illustrations for books by a variety of authors including and Terry Jones and Michael Palin’s Bert Fegg’s Nasty Book for Boys & Girls (1974) and Sue Townsend’s The Queen and I (1992). 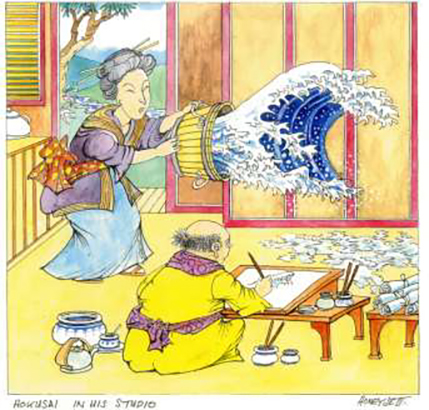 Hokusai in his Studio © The Estate of Martin Honeysett

Honeysett’s work was also known outside the UK. During his career he won awards and commendations in cartoon competitions around the world, including Turkey, Iran, Portugal and Japan, where he won the Gold Prize at the 8th Kyoto International Cartoon Exhibition in 2008. In 2011 he was awarded the Cartoon Art Trust’s Pont Prize for Drawing the British Character. In 2005‒6 he spent two years living and working in Japan as the first visiting professor of cartooning at Kyoto Seika University. 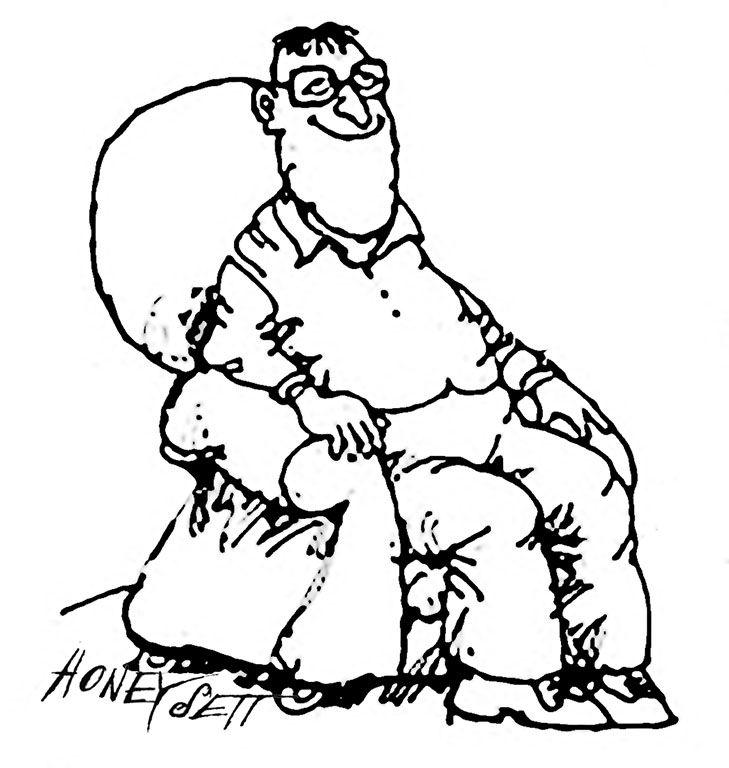 Lament Of The Lost Moors Vol 3: Lady Gerfaut
Tamsin And The Deep