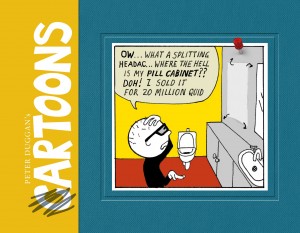 Cartoonists’ Club member Peter Duggan writes and draws a cartoon blog called Duggoons.com which is his take on the Art world and the history of Art. His posts wil expand about the artworks or artists featured in the cartoon, the process of creating the joke, or just enjoying being silly in another format.

“A childhood infatuation with Greek mythology over time morphed into another – the paintings illustrating the myths. I became intensely interested in art, eventually painting seriously. Unfortunately I also like to joke around a lot and my creative energies became split between painting and the writing and directing of short funny films. This split was unexpectedly resolved on the advice of some friends, who made the bizarre suggestion that I should draw a comic strip. I drew a few, on a subject I knew a bit about, sent them off and soon found myself with my own series in a major newspaper.”

So you may already recognise his work as he also created a strip in the Guardian called ‘Peter Duggan’s Artoons’ which ran for 3 and a half years. Now Virgin books have just published a collection of over 100 of the strips which will make you look at your favourite paintings in a new and surprising way. 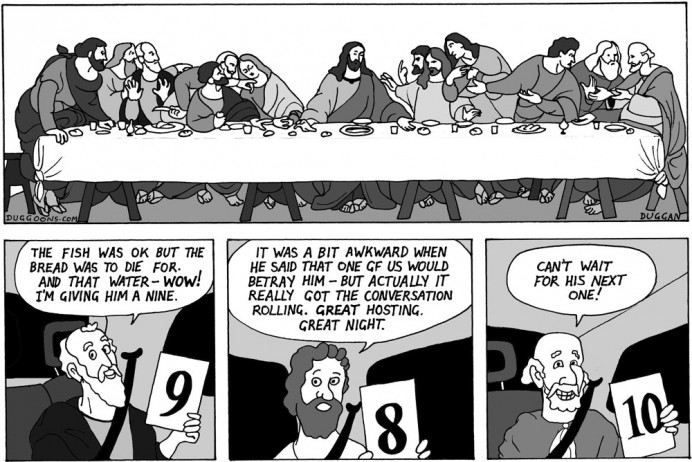 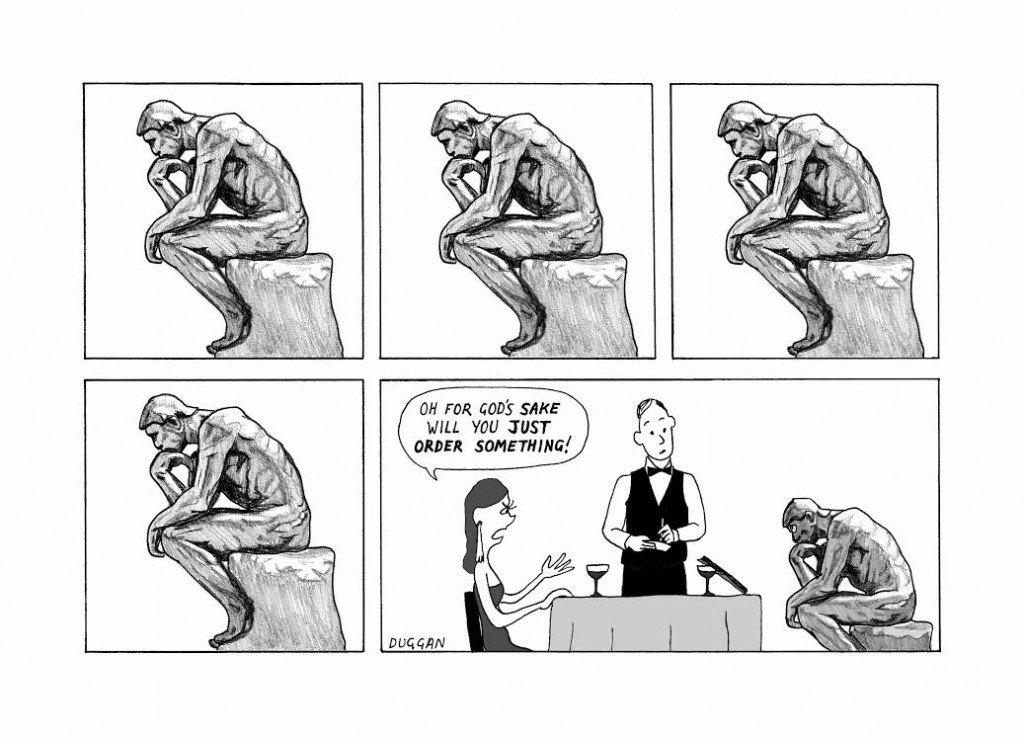 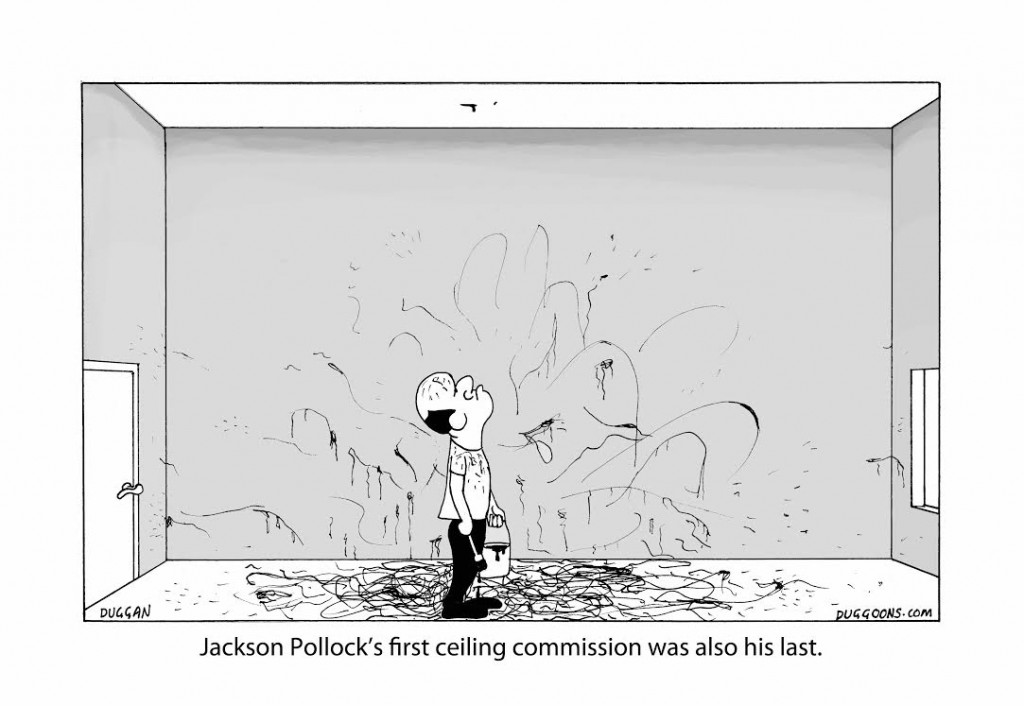