You are here: Home › The Best of Britain’s Political Cartoons 2014
By Cartoonists Club on November 7, 2014 in Cartooning News 0 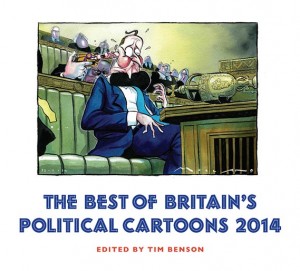 The 2014 edition of The Best of Britain’s Political Cartoons has just been released and once again it’s a comprehensive and hilarious look at the last 12 months of British life — including local misfortunes with our party leaders, UKIP, and the floods, and foreign travails in the Ukraine, Syria, Iraq, and Gaza.

The Best of Britain’s Political Cartoons 2014 is a tribute to the art, power, and intelligence of our finest cartoonists working today, such as Peter Brookes, Steve Bell, Chris Riddell, Dave Brown, and Christian Adams. Curated by Tim Benson, the UK’s leading political-cartoon expert, it’s the perfect collection for the curious mind.

It’s release was covered here
BBC News : 2014 news images of best newspapers political cartoons
and in an interview with The Telegraph’s Christian Adams 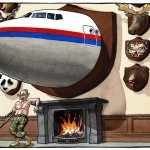 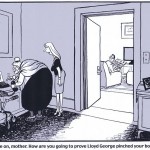 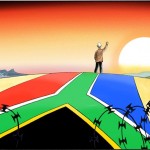 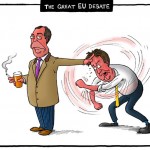